The TULIP framework is a collection of customizable building blocks, mapping the physical objects on the table to a virtual representation on the screen. 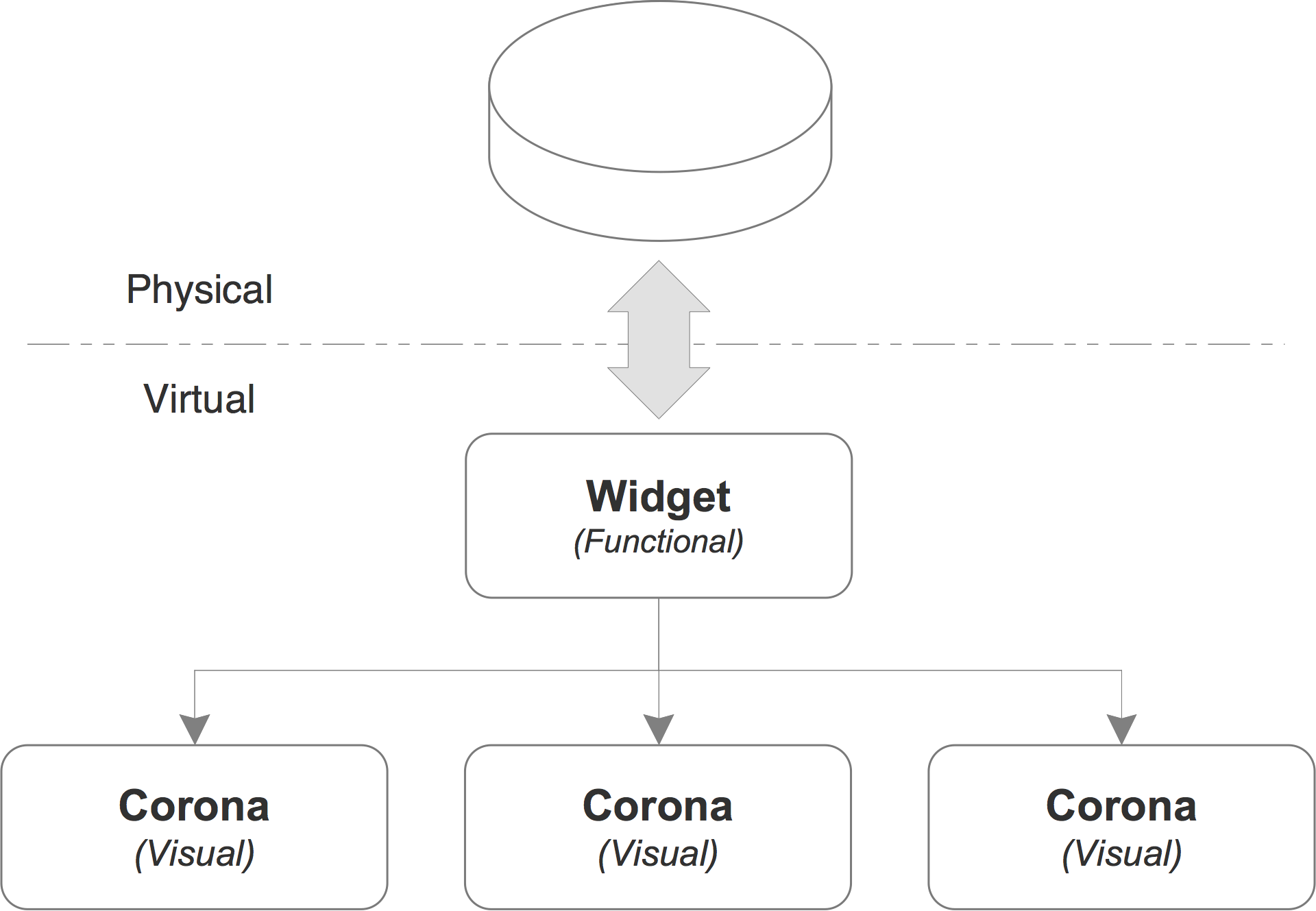 Each physical object, identified by its marker, is mapped to a dedicated software representation, called a Widget. Widgets define the functional behaviour of the object. Each widget has one or more associated Coronas, defining the visual representation of the object on the table. The mapping of markers to widgets and subsequently of coronas to widgets is defined in an external XML file called a Scenario. The scenario file encapsulates all design related aspects of the application to build, i.e. graphical and functional attributes of coronas, configuration of data sources, chaining of data processing steps.

CPS stands for Complex Problem Solving. The extension adds the concept of variables and provides widgets and coronas to manipulate and visualise those variables. On top of that, Tulip-CPS adds the concept of equation systems to the scenario, mapping variables either as parameters or results to individual equations. Tulip-CPS provides a number of specific Executors for those equations, enabling the author to either externalise the processing body of the equation in third party languages like Python, JavaScript or Octave, R, or to directly query SQL databases.

Tulip-IOT is the latest addition to the Tulip family, adding IOT (Internet-Of-Things) connectivity to Tulip. This is achieved by adding MQTT messaging, a lightweight messaging protocol for small sensors and mobile devices, to the scenario. By adding the concept of messaging systems to the scenario, the author has the possibility, in combination with the Tulip-CPS extension, to retrieve sensor values and to control actuators.

Next: Getting Started
Clone repository
View All Pages