Here is presented an other possibility with a slightly different architecture from the following.

At the left of this picture there should be the backend architecture (Rifidi, etc.) that has been presented to us during the WP3 Progress Meeting (April 1, 2014). Thus the Fosstrak capture interface receives EPCIS events coming from this architecture. Our work is now at the right. Consequently we have to deal with the Fosstrak query interface. For this purpose we have developed the Fosstrak Connector (green box) which is making available the desired data to our OpenERP module (pink box).

Source code of these two components:

The Fosstrak connector uses the SOAP service of Fosstrak (which is described by the provided WSDL - example) in order to send queries to the Fosstrak query interface.

Form of a query

This example is a generic query that has to be rendered thanks to the Mako template library. Once rendered, the query will be sent to the Fosstrak query interface with the poll() method as already mentioned.

A lot of information is available on Internet about those queries, a good example lies here.

You can also try to send such queries with the Java client which is provided along the CD-ROM (in the folder Ecologistics_CD_WP3/Connector ERP EPCIS/SimpleQueryClient_2014.05.16_Final2.jar). Of course one of the main objective of the Fosstrak Connector is to not rely on the Java client in order to ease the integration with the OpenERP module.

This module is the visible part for the user and enables to search for events and/or the status of a product. It simply uses the data provided by the Fosstrak Connector (presented in the previous section) in the PostrgreSQL database.

Once installed (generally in the folder /usr/lib/pymodules/python2.7/openerp/addons of the server) you should be able to see:

Examples of views of the module

Detail of an entry 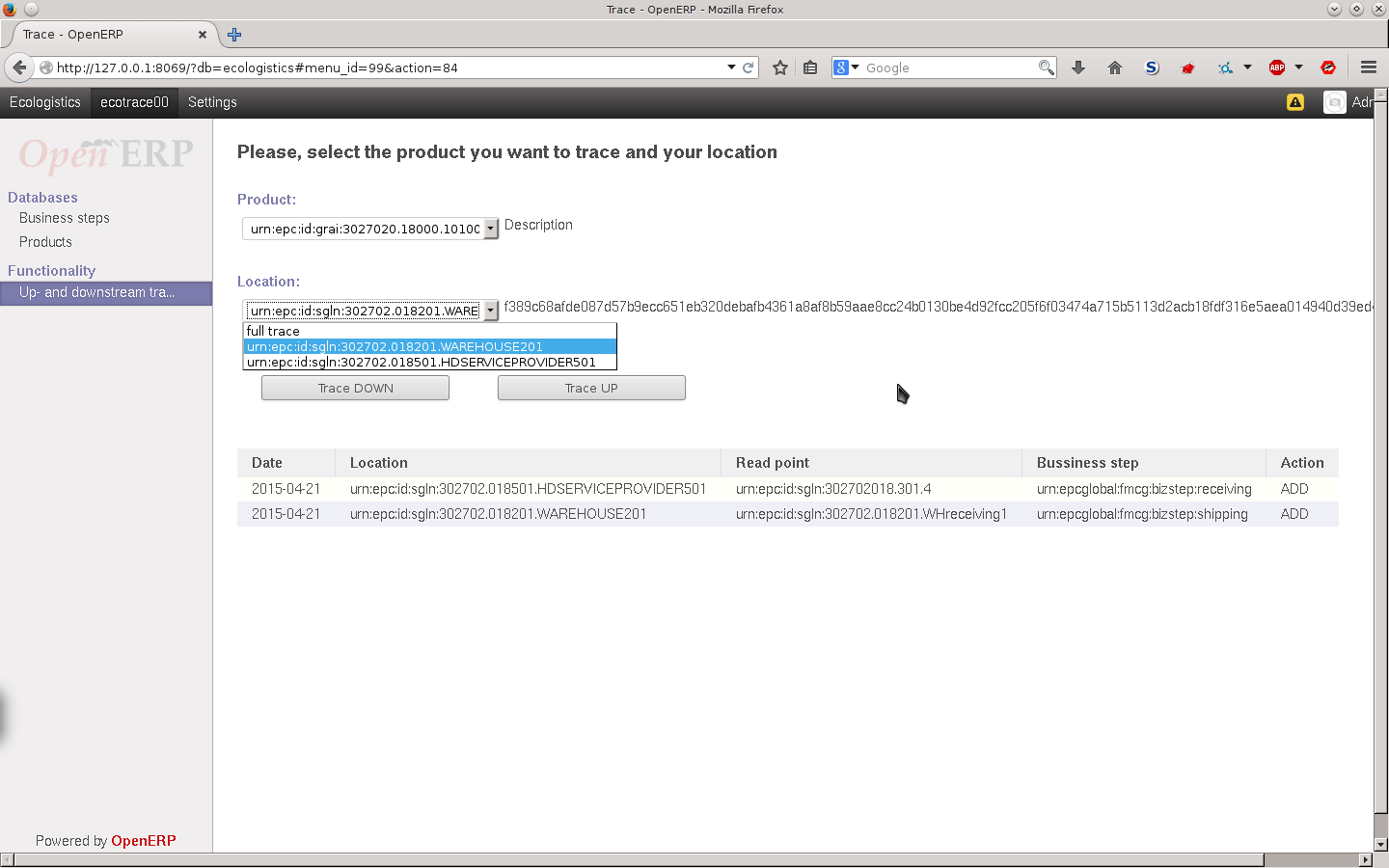